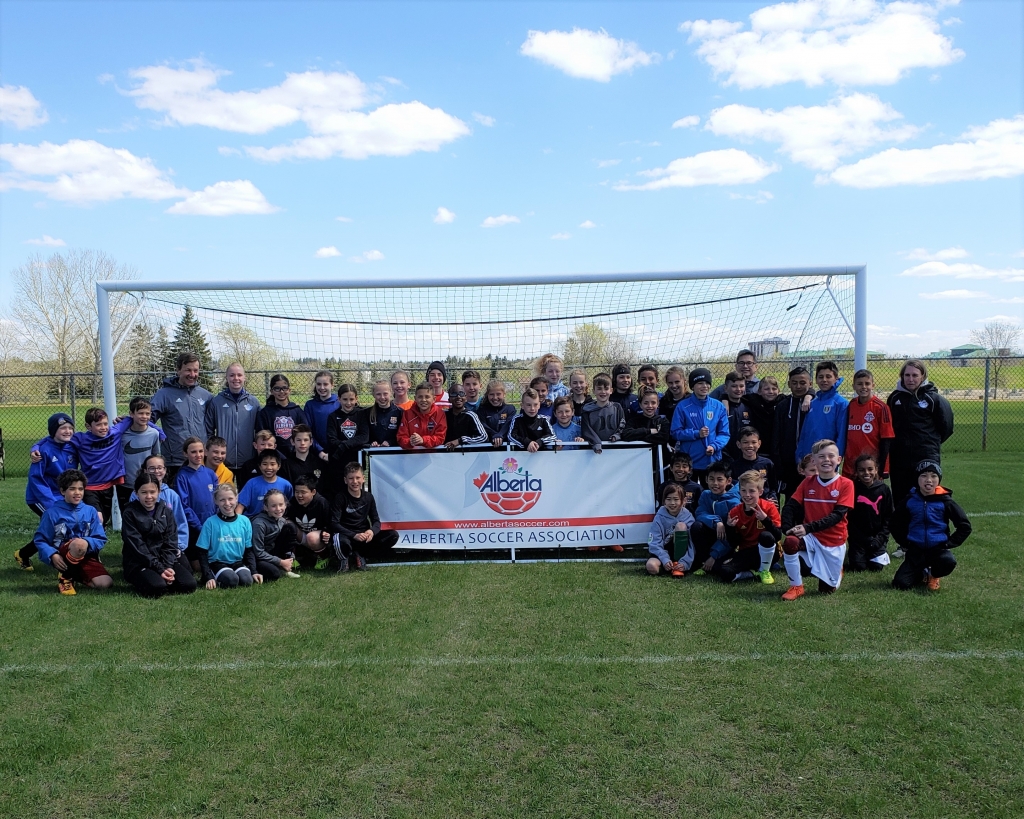 (May 23, 2019) The seventh annual Mini Stars Residential Camp took place in Red Deer over the May long weekend, where Alberta Soccer hosted 50 young athletes for a weekend full of training and soccer-related activities. The objective of this event is to provide players aged 9-12 years old with an opportunity to further learn and grow their skillset in a high-level training environment. 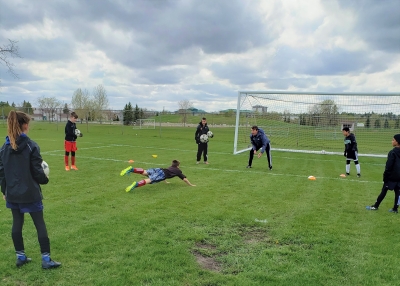 Players experienced a mix of high-performance coaching and educational workshops to support their development in soccer. The in-class workshops included presentations on sport psychology and healthy habits, where attendants learned about goal setting, finding their inner drive and the importance of diet and rest. The on-field training included a very competitive 3v3 tournament of mixed genders. Alberta Soccer’s Manager of Grassroots Development, John Clubb, said it was a joy to see players compete and embrace the challenge of winning games, irrespective of gender. Clubb added “the action was fast and furious, from all players, and there truly was no differentiation between girls and boys, because in 3v3 every player must play their part”. The objective of playing 3v3 was to focus on player development, and although it was a tournament, players remained engaged and supportive of one another throughout. Athletes also reviewed attacking and defending principles on-field, through specific drills. 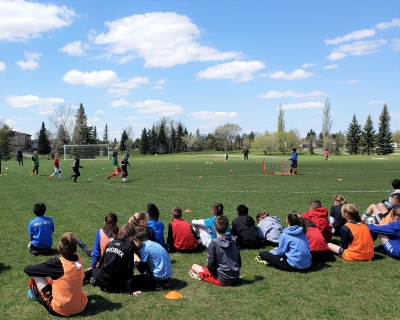 The weekend showcased great soccer skills from all attendees and many new friendships were formed between players from across the Province. Alberta Soccer coaches were proud to receive very positive feedback following the camp, including comments from players who said they were in their “happy place” all weekend, and that they didn’t want the weekend to end.

Next up for the Mini Stars Program is ‘Get on the ball with Alberta Mini Stars’, which will run through September, in both Calgary and Edmonton. Stay tuned for updates on the website (coming in early June), for additional information.

Click here to view a few photos from the weekend