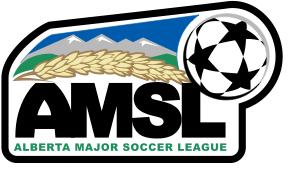 (May 11, 2018) The Alberta Major Soccer League, the highest level of competition for adult soccer players in Alberta will kick off its 2018 season this weekend with nine games taking place in Calgary and Lethbridge.

The league, which features eight teams on both the men’s and women’s sides, will run until August 19th with teams looking to qualify for the Senior Provincial Championships and the ultimate prize of advancing to Canada Soccer’s Jubilee Shield and Challenge Trophy competitions to be held in Saskatoon, SK in October.

The Men’s league produced a tight title race last season as the top four teams were separated by only three points. The Calgary Callies ended up edging out Edmonton Scottish and Edmonton Green & Gold for the AMSL title and also captured the Provincial Challenge Cup to advance to the Toyota National Championships.

Connor Brady, a new coach with the Callies this year recognizes the difficulty that lies ahead in becoming repeat AMSL champions, “I do believe the AMSL is getting harder to win each year. The league is getting deeper and there are more teams challenging for the top spot then ever before. Also, with a healthy amount of good teams looking to challenge their way into the league this summer, it shows a bright future for major league soccer in Alberta.”

The Callies will enter a new chapter with new faces behind the bench as long-time coach Dave Randall shifts his duties to the Masters age group. Randall’s record with the team cannot go unnoticed. Of the 11 provincial titles that the Callies won in the last 19 seasons, Randall coached 10 of those 11 teams. Brady is quick to acknowledge that impact, “the lads have been great in welcoming me into the club and they have responded very well. Dave Randall had done a lot of incredible things with the Callies that certainly cannot be forgotten. It is now my job to ensure that standard of excellence he provided is upheld.” The Callies will kick off their season Saturday May 12 at 2 PM at the Calgary Soccer Centre against Edmonton Green & Gold.

The Women’s league will include a slightly different look as two new teams will join in for the 2018 season. Edmonton Green & Gold which has been a mainstay on the men’s side will now also have a women’s team led by University of Alberta Pandas Head Coach Liz Jepsen. The Calgary Blizzard Soccer Club will be the other newcomer to league led by Diogo Raposo, who previously coached with Edmonton Northwest United. Victoria Soccer Club, who became the all-time leader last year in most Women’s AMSL League titles won by any club, will be eyeing their 8th title this year as well as the opportunity to qualify for the Toyota National Championships and repeat as National Champions.

Alberta Major Soccer League officials have also been readying themselves for the season. Pre-season meetings and fitness tests over the last few weeks will ensure that our top officials in Alberta are meeting a high standard this coming season.