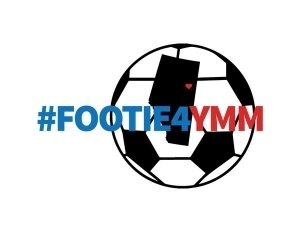 FC Edmonton announced, May 6, the Footie for Fort McMurray food drive initiative, taking place during the Eddies’ May 11 Amway Canadian Championship match and May 15 regular season match at Clarke Field. The Eddies are partnering with Canada Soccer, Alberta Soccer, Edmonton Minor Soccer Association and Edmonton Food Bank to help raise awareness for this worthwhile campaign. The Eddies will also host a Footie for Fort McMurray charity match, with further details to be announced shortly.

In collaboration with the Edmonton Supporters Group (ESG), FC Edmonton will collect non-perishable food items during the club’s upcoming home matches versus Ottawa Fury FC and New York Cosmos. The donated items will be then be packed into the Eddies’ team bus before being delivered to help aid displaced residents of Fort McMurray and Northern Alberta.

The Fort McMurray fire and subsequent displacement of its residents within the city and nearby areas has permanently affected the lives of thousands of Albertans. The Eddies’ Footie for Fort McMurray initiative falls in line with Eddies owners Tom and Dave Fath’s vision of giving back to the community.

“The Wood Buffalo community welcomed our club with open arms last season,” FC Edmonton general manager Jay Ball stated. “Our ‘Footie for Fort McMurray’ campaign will allow both our club and fans to return the kindness that was shown to us during our two matches last season. It is FC Edmonton’s hope that ‘Footie for Fort McMurray’ will help draw attention and support for our neighbours to the north in this time of need.”

Last year, Fort McMurray welcomed the Eddies for a pair of North American Soccer League regular season matches at SMS Equipment Stadium during both the NASL Spring and Fall seasons. The Eddies were triumphant in their inaugural match up north, capturing the Wood Buffalo Cup by a score of 4-0 over the San Antonio Scorpions in front of a vocal, enthusiastic and welcoming crowd.

“The entire Fath Group of companies is behind FC Edmonton’s Footie for Fort McMurray initiative,” FC Edmonton co-owner Tom Fath added. “We look forward to joining the efforts to help Albertans in need.”