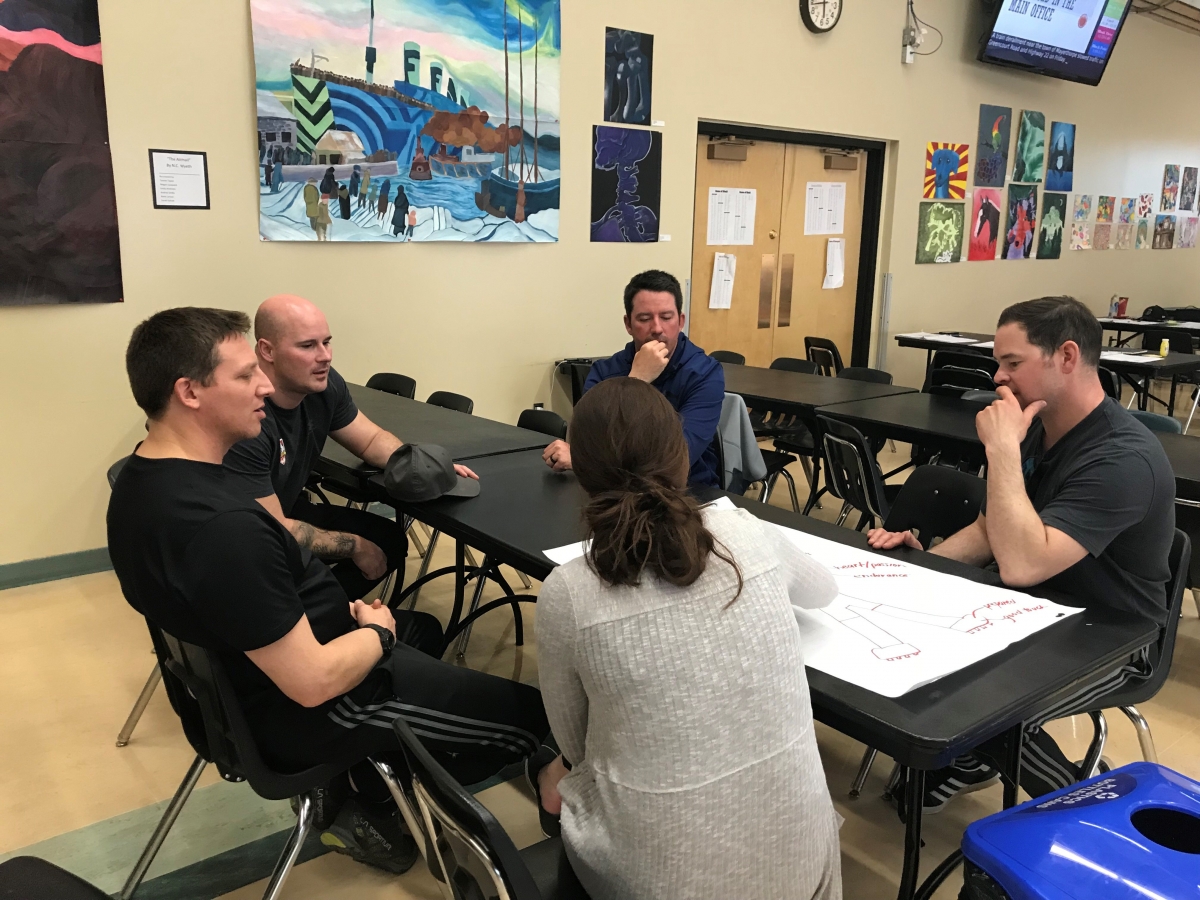 (May 8, 2018) Over the last weekend in April, Alberta Soccer held its first Regional C Licence of 2018 in Grande Prairie aimed at attracting more coaches from the north and providing them with accessible learning and training opportunities. 20 participants took part in the course who predominantly came from Grande Prairie and Fort St. John. The Grande Prairie Soccer Association was instrumental in helping to organize the course and attract participants.

The Regional C Licence course was introduced last year and was designed for coaches in geographically isolated regions that wanted access to a similar kind of coach education as that experienced by coaches in the larger centres like Edmonton and Calgary. Rather than coaches having to incur significant costs to attend a course held in a larger centre, the regional delivery model enables them to have the same training brought to them. Tracey Newton, one of four female coaches in the course voiced her satisfaction at the course being held locally, “I was really happy the course was held in Grande Prairie otherwise I would not have gone.” Training and certifying more coaches throughout the province will help  to to serve Alberta Soccer’s vision in “creating a centre of excellence for the game”.

The first Regional C Licence course was delivered in Medicine Hat/Lethbridge in April, 2017 and two more courses followed during the summer. All regional courses are held over multiple weekends with a gap between the two weekends to enable coaches to practice and apply what they have learned.