During the months of April and May, Alberta Soccer presented a virtual All-Female Canada Soccer C Licence Workshop. The first of its kind, it received an astounding level of engagement, with more than 40 coaches participating in the online sessions.

From April 9th to May 1st, Alberta Soccer delivered the first version of its All-Female Canada Soccer C Licence Workshop, a course that was meant to be given in 2019, just before COVID changed plans for everyone. The seminar’s Leadership Team was formed by Claire Paterson, Samantha Loeppky, Alexandra Valerio, Toks Bakinson, Liz Jepsen, Alesha Weicker-Pasternak, and Gabrielle Tiemstra.

According to Claire Paterson, Alberta Soccer’s Coach Education Coordinator, the program was a complete success. “We were guessing we would have around 20 people interested, but ended up having 38 participant female coaches from across the province. That was a clear sign this type of all-female event was important highlighting that many women want to pursue coaching”.

On that note, the fully online delivery was crucial. Samantha Loeppky, Canada Soccer Coach Developer, valued the initiative being virtual. “For me, as a mother of young boys, not having to travel and being able to connect from anywhere was really nice”. As a representative of the Northwest Peace District, she added, “online allowed a lot of people to be involved that may not have been able to if we did it one weekend in the city”.

For Alexandra Valerio, also a Canada Soccer Coach Developer, this seminar was unique, as these kinds of programs are not commonly offered across any coaching context. “Some of the conversations that came up were specifically related to the challenges that women experience in coaching, and how to resolve them”. An opinion that was concurred by Toks Bakinson, who is also a Canada Soccer Coach Developer: “This forum was different in a good way. Since it was an even platform, women discovered that there are people they can reach out to, or bounce ideas off. It is critical that we show them there is support outside of their clubs”.

Having an all-women environment was truly beneficial for the participants. In the words of Claire Paterson, “it made it comfortable, and we saw the value of providing this event for an underrepresented population. We want to create a network and a community that supports female coaches on their journeys”. For Samantha Loeppky, “it is important that ASA offers this space for inclusion, to give women a place where they can speak up and get their confidence. I felt that there wasn’t as much judgement in this environment.”

Alexandra Valerio agreed on the course being entirely for women as one of the catalysts for engagement. “Seeing more females doing it certainly helps with the comfort level and can motivate more women continue in the coaching stream. We could tell there is an appetite from these coaches to pursue coaching at the next level”.

According to all the members of the Leadership Team, dialogue was a key part of the workshop. While Alexandra Valerio gave importance to it being an interactive experience, where participants were able to express their concerns and points of view, Toks Bakinson appreciated the creation of such a seminar: “if we are trying to create a community, perhaps you need that face-to-face connection, but we started something that, regardless of how we deliver it, it’s there”.

With regard to future versions of the workshop, Coaches seemed optimistic. According to Samantha Loeppky, “this course was an overall amazing experience. I hope there are more versions of this in the future”. Alexandra Valerio expressed a similar opinion: “having things that are predictable and allowing people to follow a schedule, so that they can plan, would be extremely important. We should make this a consistent event”.

Alberta Soccer’s Coach Education Coordinator, Claire Paterson, concluded that “the idea is to do this on a yearly basis. We are continually looking to push the sport forward. Women’s soccer in Canada has come really far, and we need to keep amplifying it”. 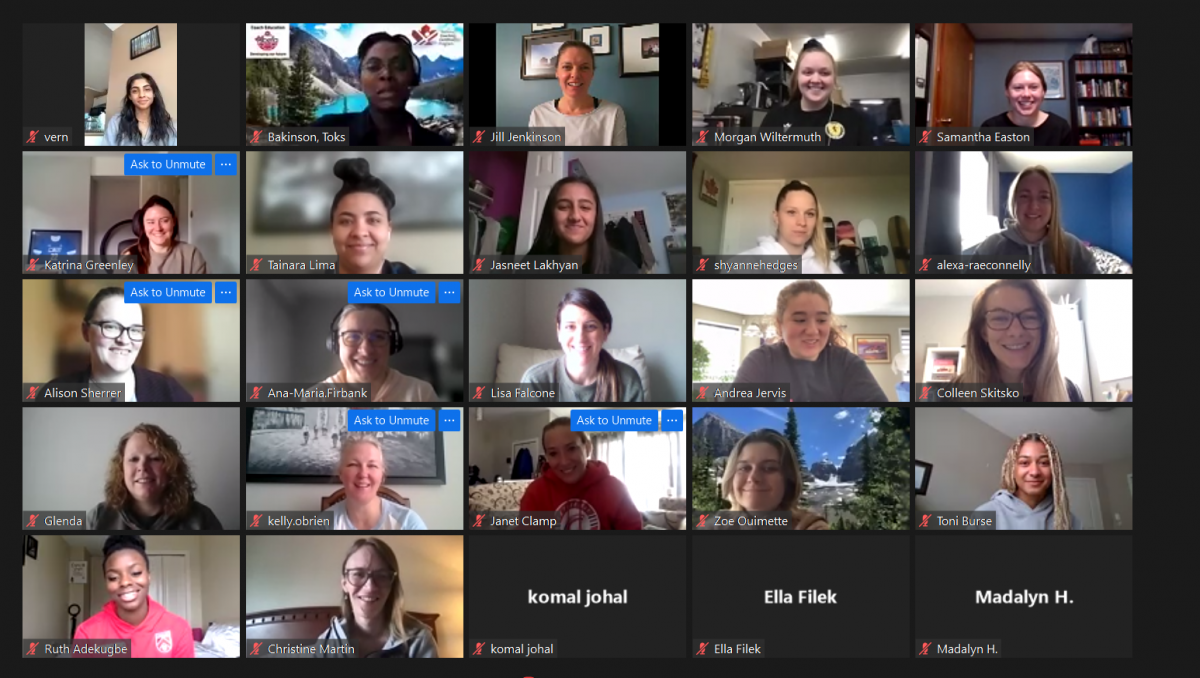