Skip to content
Isaac Raymond: “The #1 ingredient for referees is to have a passion for soccer”

Isaac Raymond, Canada Soccer Manager of Refereeing: “The #1 ingredient for referees is to have a passion for soccer”

If you went to Tier I Provincials last weekend, you must have seen him, either taking notes at games, working at Headquarters, or chatting with his fellow referees. Canada Soccer Manager of Refereeing Isaac Raymond came from Toronto to Edmonton to attend the Provincial Championship held by Alberta Soccer, and we were able to capture his impressions just before he took off to attend the game between FC Edmonton and Halifax Wanderers of the Canadian Premier League.

“I had a great opportunity to visit Alberta on the Tier I Provincials. I have seen a lot of great young referees, especially compared to the last time I was here. Referees have gotten younger, which is always good to see”, he started saying, adding that female participation is something that surprised him. “Seeing more female referees has me really excited for the future of refereeing in Alberta”.

When asked about the level of officiating during the tournament, Isaac Raymond confessed he was pleased with what he saw over the weekend. “It has been very good. Teams should be satisfied with the level of refereeing, and it should only get better from this point on”, he closed. 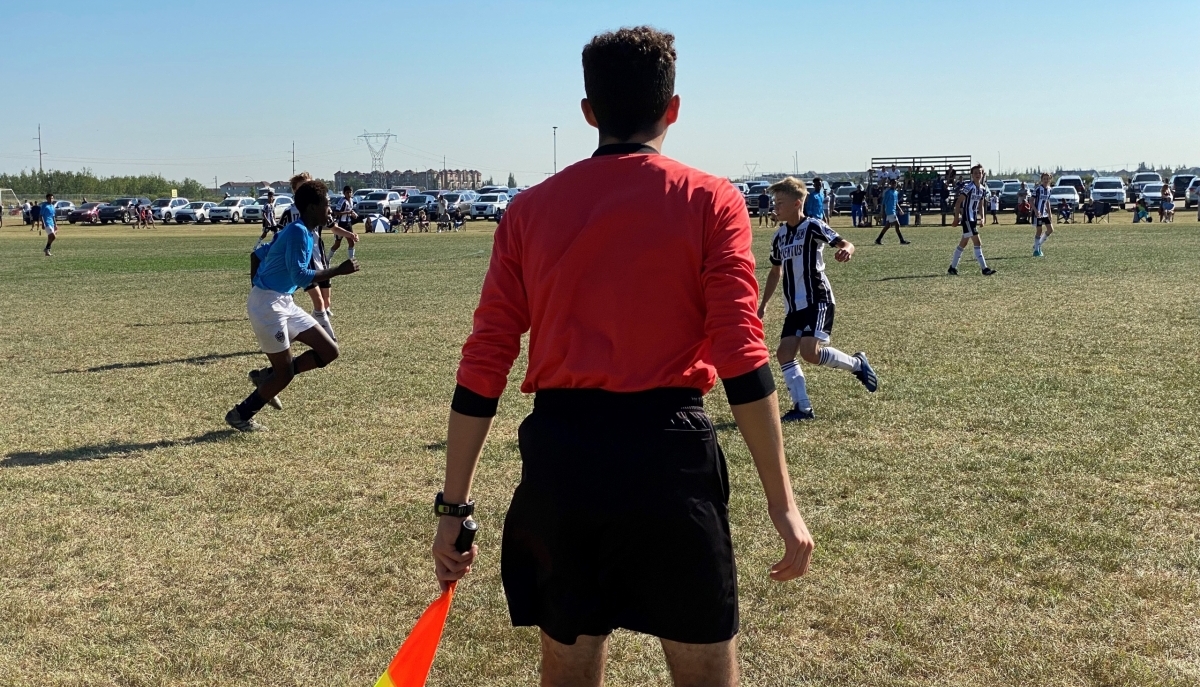 Assistant referee during Tier I Provincials.

But not only the young blood was our topic of conversation. Isaac Raymond highlighted the importance of more experienced referees, commenting that “we want officials to keep refereeing as long as they can. There are lots and lots of games, and we don’t want to lose anybody from the field”.

To Mr. Raymond’s eyes, their wisdom can be crucial for ascending officials. “We are hoping that senior referees can continue to contribute by helping the younger refs move up by sharing their knowledge”, an aspect that, in effect, he loves to see. “Seeing an experienced referee talking to a younger one, providing advice, always puts a smile on my face”, he confessed. 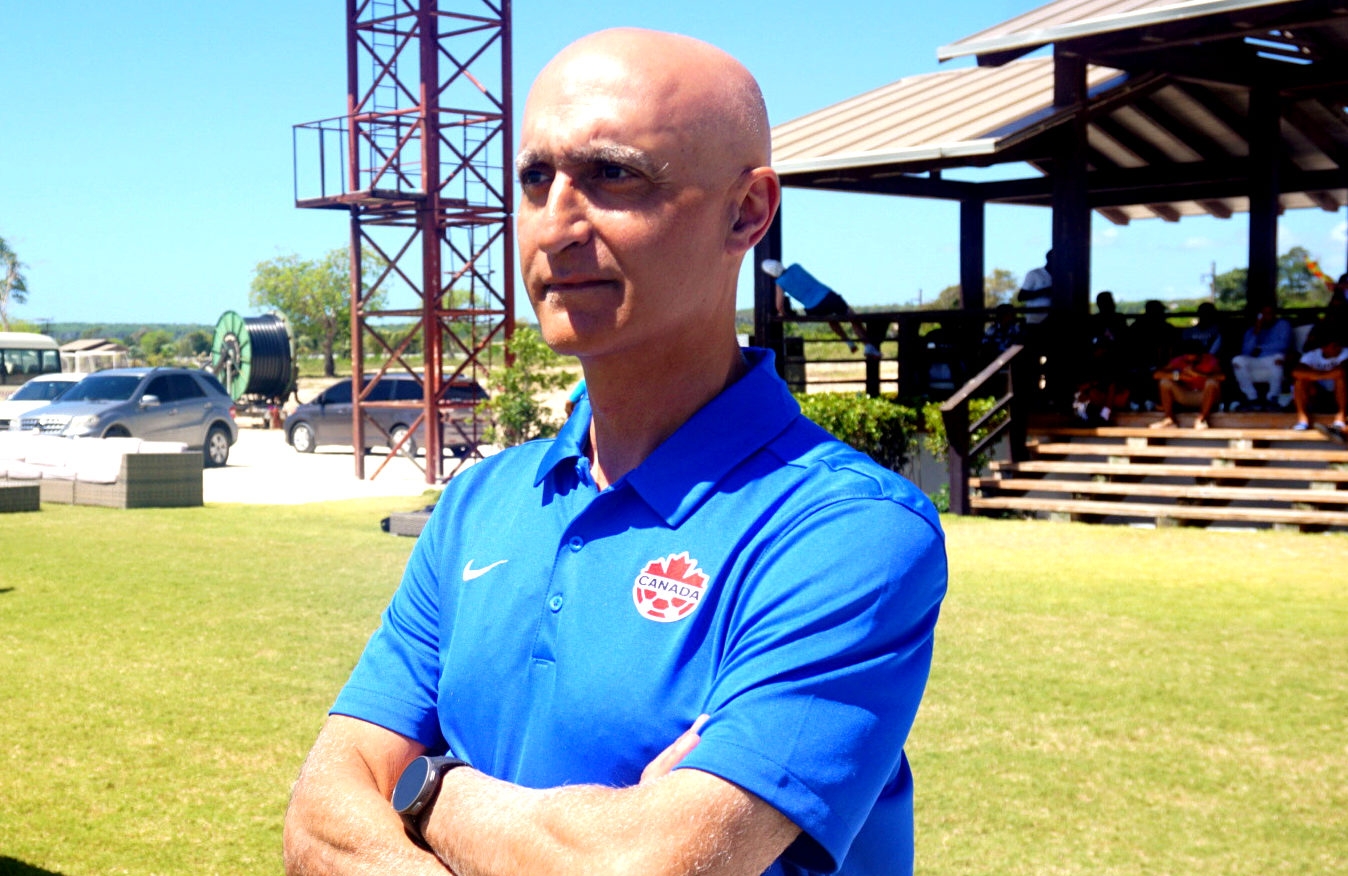 On a more serious note, Mr. Raymond remarked that referee abuse is a sadly growing trend, and the Canada Soccer Manager of Refereeing has not turned a blind eye to it. When asked about this sensible matter, he expressed that “this is a fair concern by referees. Unfortunately, it is a problem in many sports as of now”. Canada Soccer and provincial associations are taking steps toward solving this issue, but it is not an easy task. Isaac Raymond explained that, “we give referees tools to deal with that problem, and each province has great infrastructure to support their refs”.

“The main thing we ask our officials is to stay calm in those situations, and manage them as best as they can from moment to moment”, he added.

Referees at Tier I Provincials.

Lastly, Isaac Raymond shared the advantages of becoming a referee. “There are so many opportunities to grow with the game. If you don’t want to keep playing, refereeing is a great way to stay involved for many years”.

When asked about the traits of a successful referee, Mr. Raymond agreed that both fitness and knowing the laws of the game are essential, “but the #1 ingredient is to have a passion for the game. Referees have a great passion for soccer, and they are excited to contribute to the progress of the sport anywhere in the world”, he concluded.