Skip to content
Soccer Parent of the Month by COBS Bread

(September 13, 2017) The Soccer Parent of the Month winner for August is Colleen Rowe – congratulations! 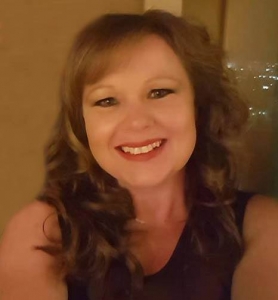 Brought to you by COBS Bread and Alberta Soccer, the Soccer Parent of the Month contest is an opportunity to award a dedicated parent with some much-deserved gratitude and recognition (not to mention a great prize pack) for supporting their kids on the field. Here’s a little bit about Colleen and her impact on the soccer community:

Colleen has two children playing in Edmonton’s South East zone: a son in U6 and a daughter in U8. This past outdoor season, Colleen was asked to be the referee coordinator because the club didn’t have anyone to fill the role. She spent weeks learning and preparing – meeting with another lady 1-2 days per week at the local coffee shop to learn the system and all the roles of the referees.  It was hard for her, as she was not familiar with soccer, so she had to start at the very beginning.

The weekend before the start of the season, the director called Colleen to tell her that her son’s U6 team would be cancelled. The coach could no longer commit and none of the other parents were able to step in. Colleen offered to coach the team and was able to get another lady to cover the ref coordinator position so the team would not be cancelled. She missed all the coach training, so she spent hours on YouTube learning drills and rules.

She was coaching her son two days per week, plus helping her daughter’s team the other two days with equipment and stepping in when one of the coaches were away.  Colleen went above and beyond to make sure the kids had fun – even providing small goodie bags on the last evening with certificates for them.

She plans to return and help out again next year.

Thank you, Colleen, for stepping in and keeping the team together!

For more information, or to nominate someone for next month’s Soccer Parent of the Month, click here.